Vintage 2013 was a season of change – early to start, late to finish, and with exceptional flavour potential. A warmer than normal spring brought early budbreak followed by an extremely rainy June that slowed vine growth. Balance was restored with above average temperatures in July and August allowing grapes to mature along a normal ripening curve. The warmest vintage since 2003 cooled off just in time for harvest. In September, heavy rainfall caused signifi- cant delays in the grape harvest resulting in our longest picking season ever. Overall, fruit quality was superb for both red and white varietals and the wines are showing excellent balance and character.

Our 2013 Reserve White Wine was sourced from three of our estate vineyards – Oliver, Osoyoos, and Mission Hill Road. Because this offering is a blend of four varietals, the location selection and its unique microclimate is critical to provide optimum flavour. Oliver has a southeast aspect with more than 60 individual blocks. Osoyoos has arid temperatures in its benchland vineyards while Kelowna has steep, hillside vineyards and is cooler.

A winery exclusive, this luscious Reserve White Wine blend from our estate vineyards showcases honeysuckle and apricot on the nose.

A mélange of flavours of Anjou pear, yellow peach, and ripe pineapple. A hint of toasted almonds at the finish comes from the six months of barrel aging.

A Selection of Other Muscat's from Canada 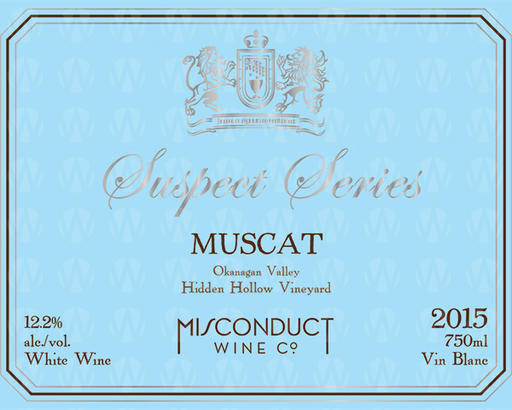