Intense deep purple hue in the glass. An abundance of ripe, dark, plummy fruit coupled with black licorice and a whiff of French oak spice. The blackberry and dark cherry dominated palate is a dense and complex one, with some firm tannins giving the wine considerable structure.

2013 started off well with a mild winter, and bud break was only slightly delayed by the cool spring. The warmth of August and September balanced the slow arrival of summer heat and dryness.

October's on-average warmer daytime temperatures, combined with cooler nights, helped to increase sugars while maintaining good acidity in the fruit. There was little mildew concern despite summer/fall humidity, and pest pressure was low as well.

Thanks to the higher overall moisture levels of the growing season, we had greater crop volumes in most whites and quick-ripening reds. Early fall frosts allowed for fast grape desiccation in later-ripening reds, leading to excellent flavour concentration. Harvest dates were near Stratus-normal. Winter arrived precipitously and with it, a record icewine harvest.

A Selection of Other Gamay's from Niagara Region

A Selection of Other Gamay's from Canada 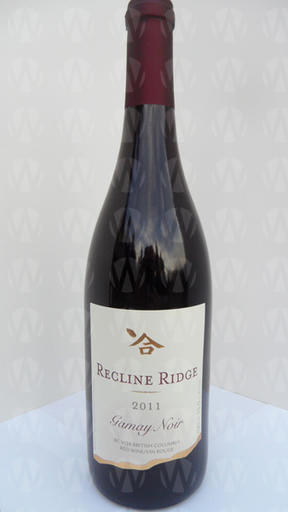