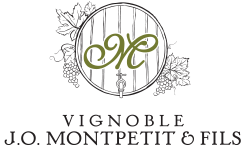 The Montpetit family planted its first vines in 1999, but only opened its winery in 2009 when it was satisfied with the quality levels — and could benefit from a newly constructed winery and tasting room. After struggling to get the vineyards established (thousands of vines were lost to hard frost in the early 2000s), the family now has 25,000 productive hybrid vines, from which it produces a full range of wines, whose names all start with “Mon,” in connection with the family name.